A couple weeks ago, I posted on my Instagram (@sphotoanddesign) about a free sunset photoshoot I was giving away to a random couple. After a week of 34 comments, I chose a random couple, who happened to be Janvi and Bipul. I knew Janvi from high school but never met Bipul before and was excited to meet him for the first time. These two were one of the most fun and awesome couples I’ve had a chance to work with! We learned a lot about each other and had a blast throughout the whole shoot!

We started off at the Rose Garden at Colonial Park in Somerset, but since the garden was closed, we found some cool spots that worked really well with the light coming down from the sunset. Since we started at around 6PM, we had plenty of light to work.

We started with a few basic poses but these two were naturals so I had to give them little-to-no guidance—which was great! 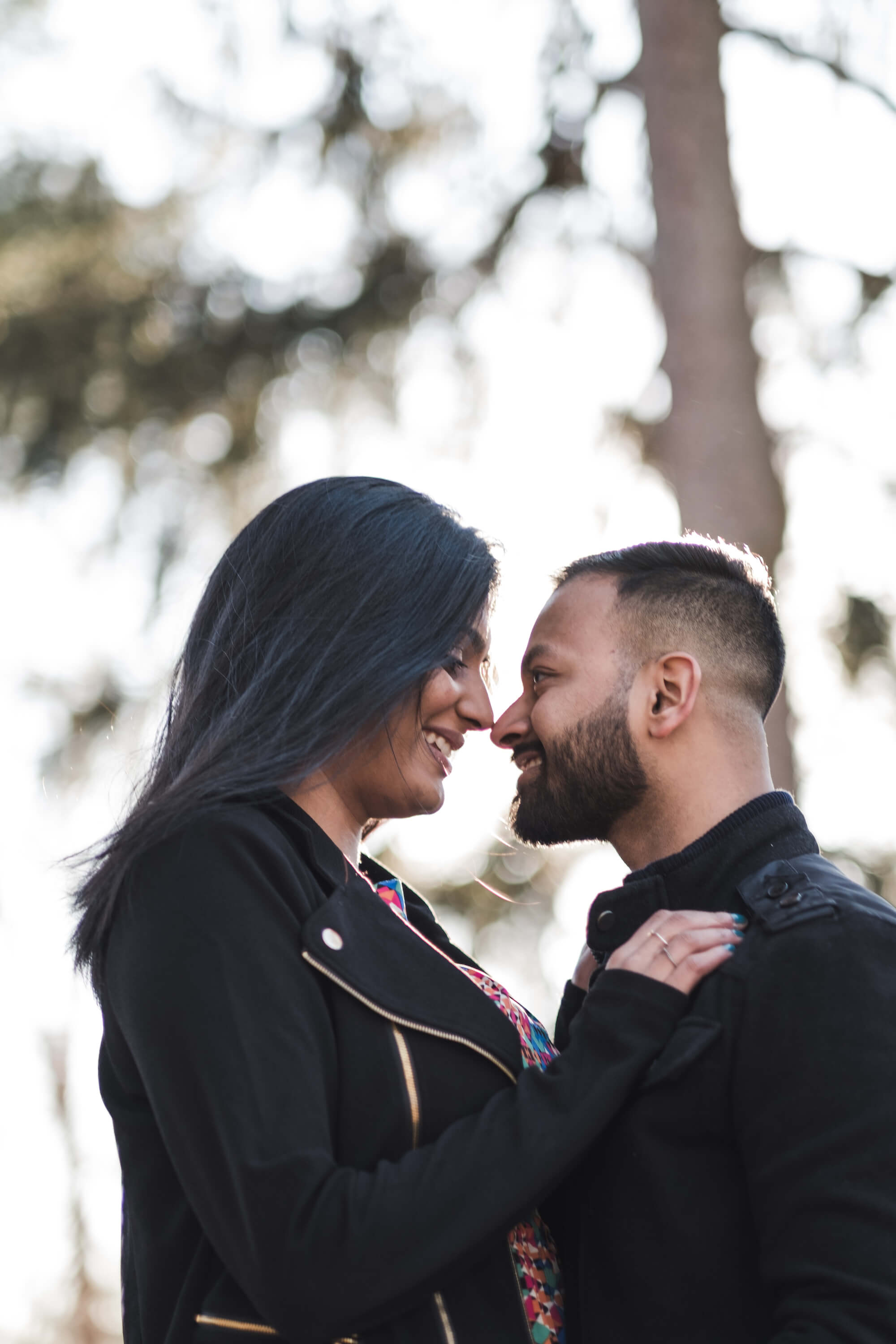 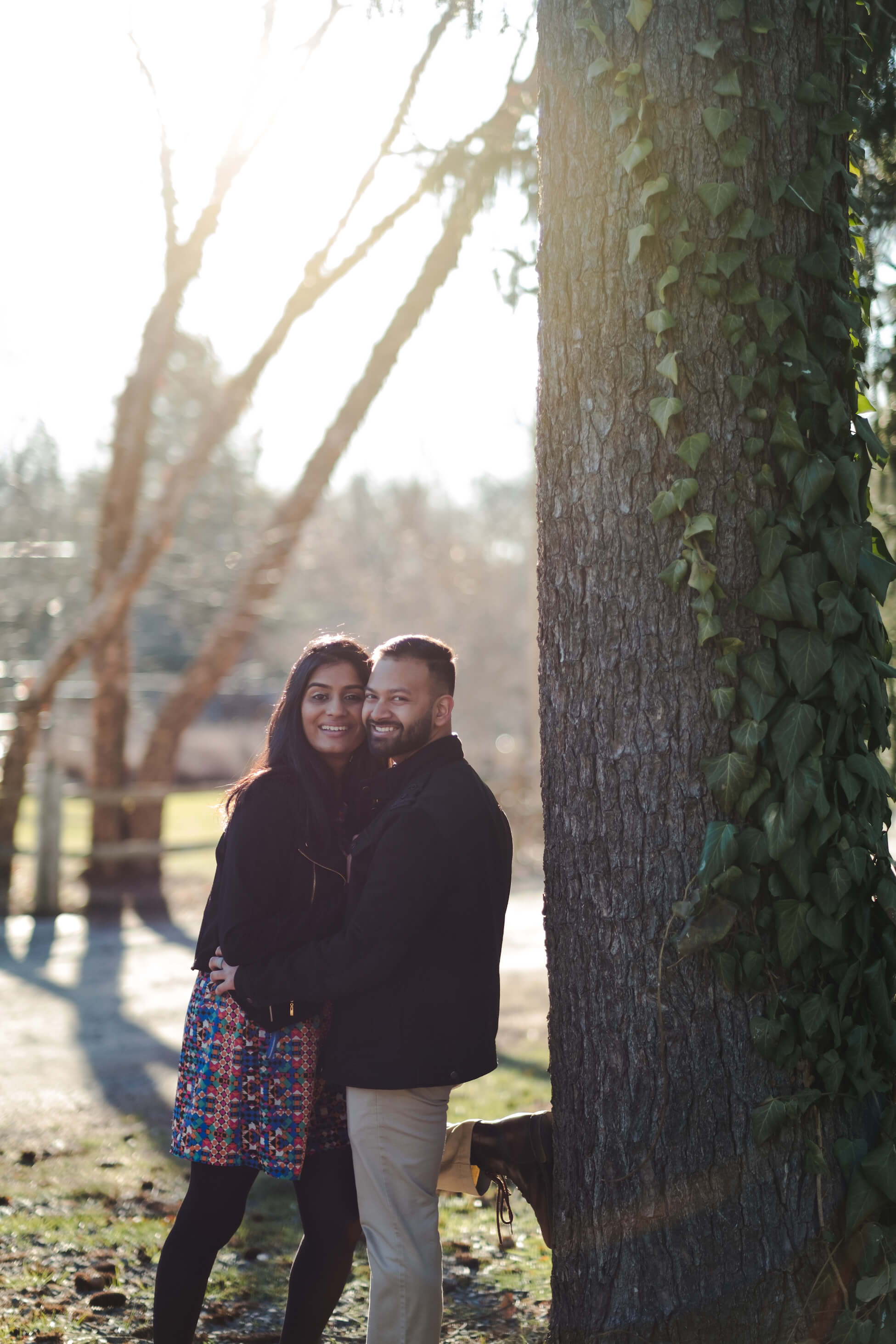 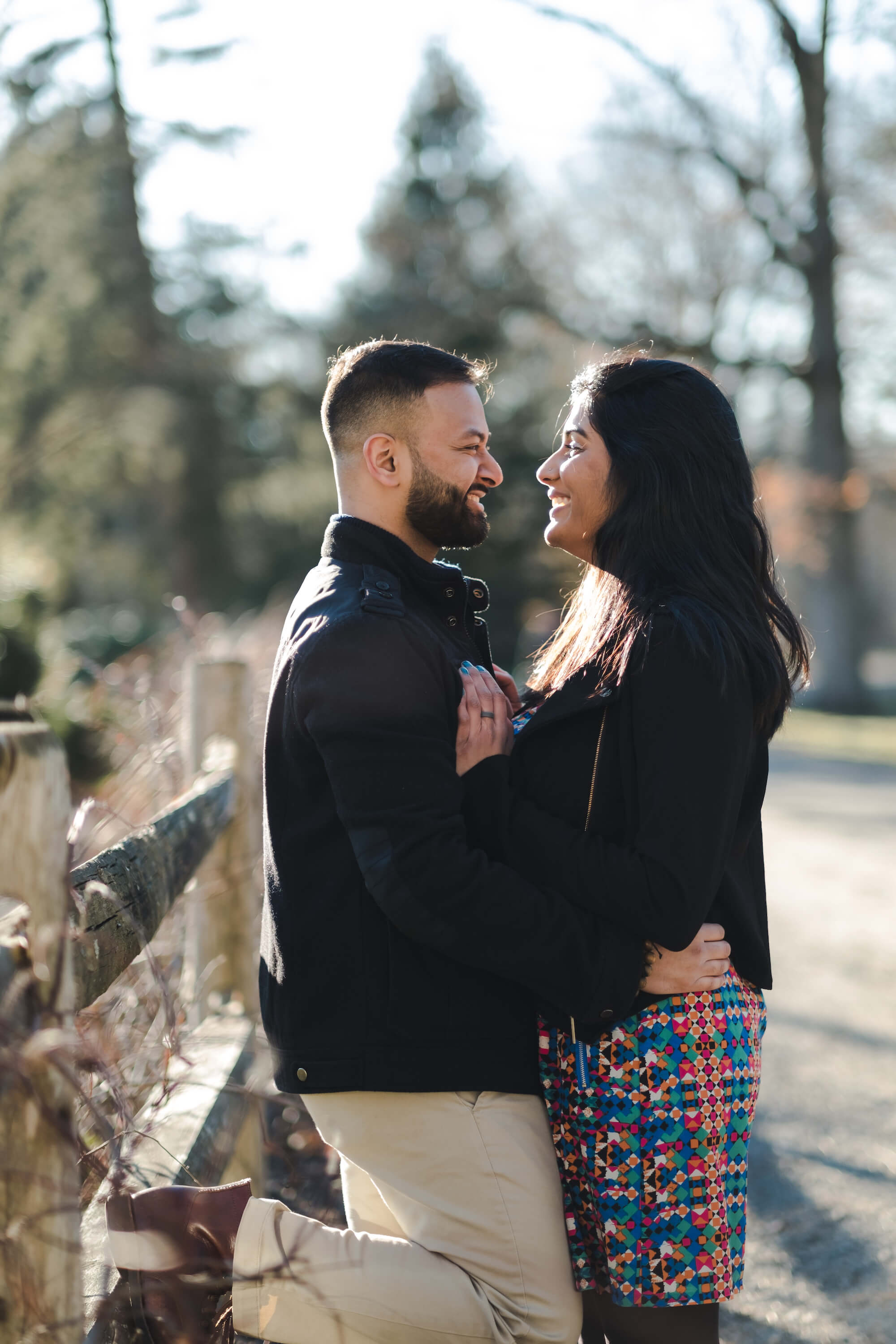 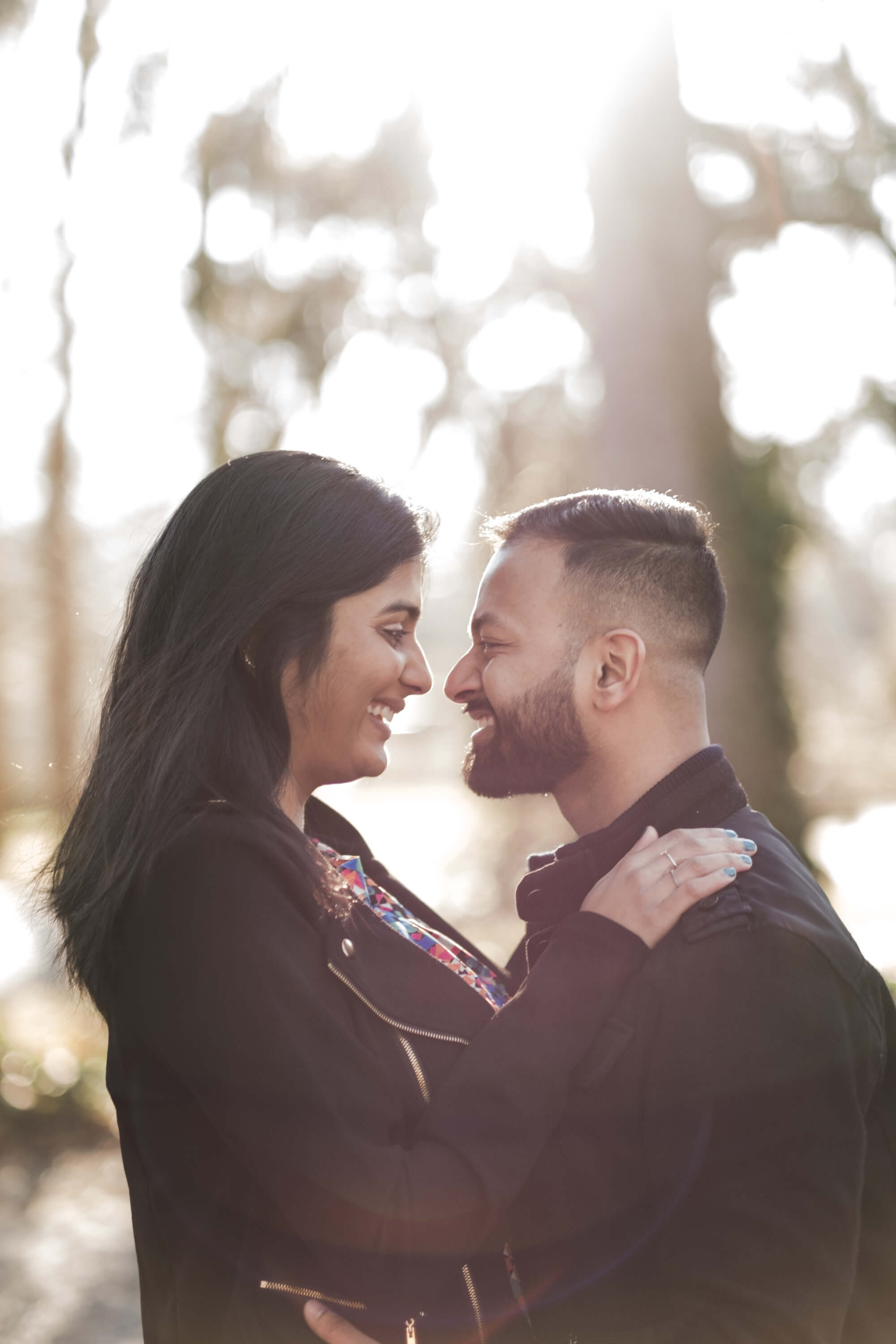 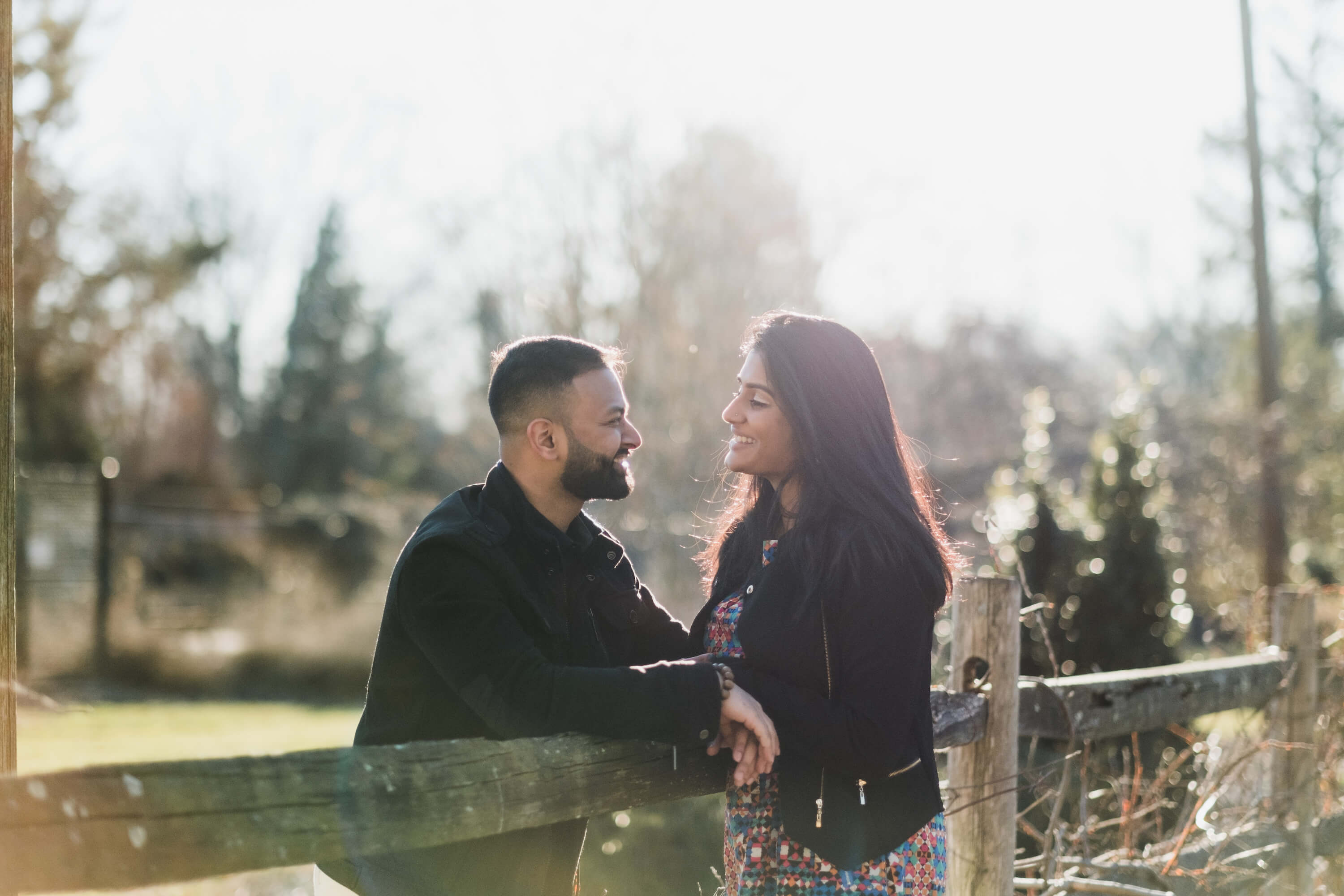 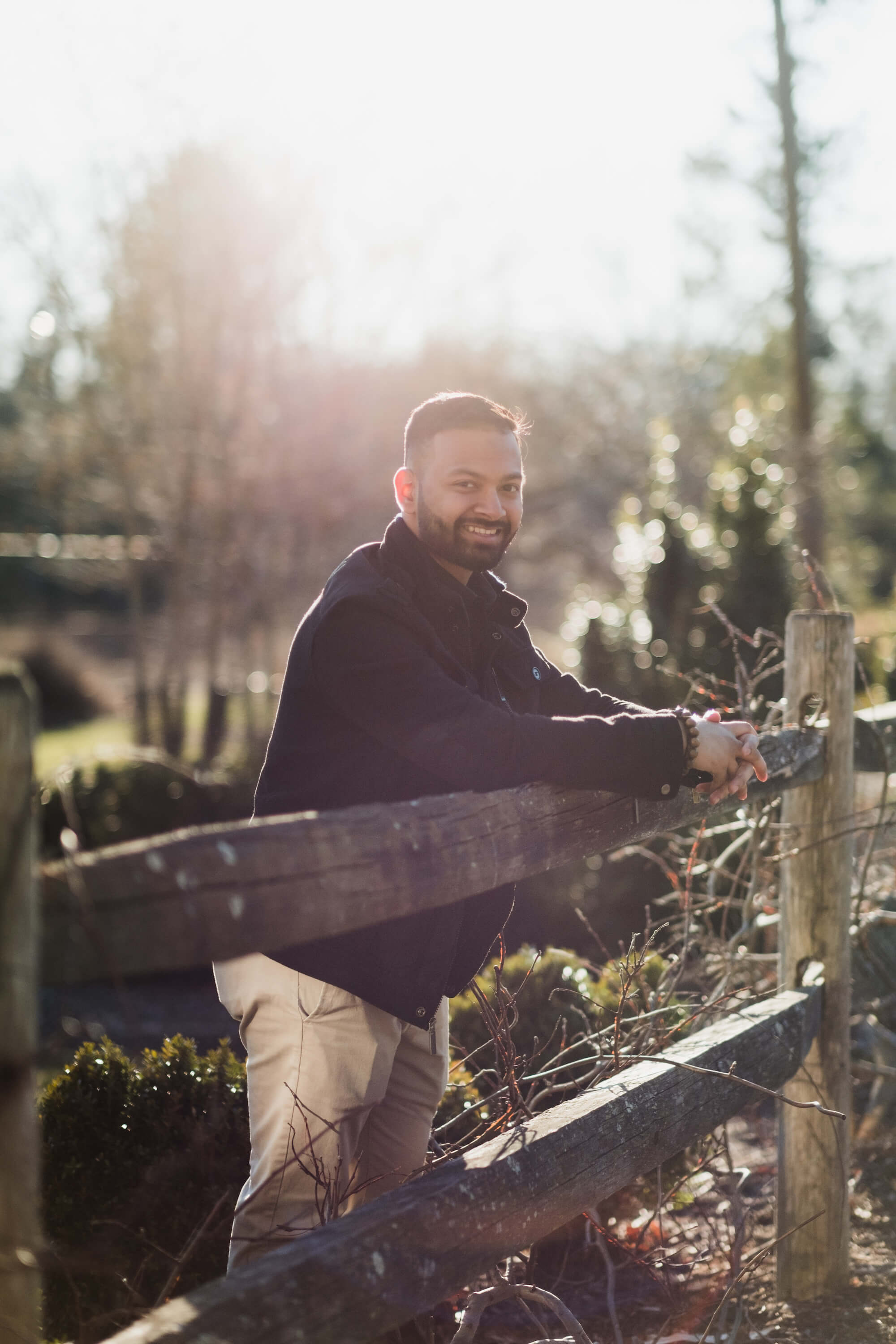 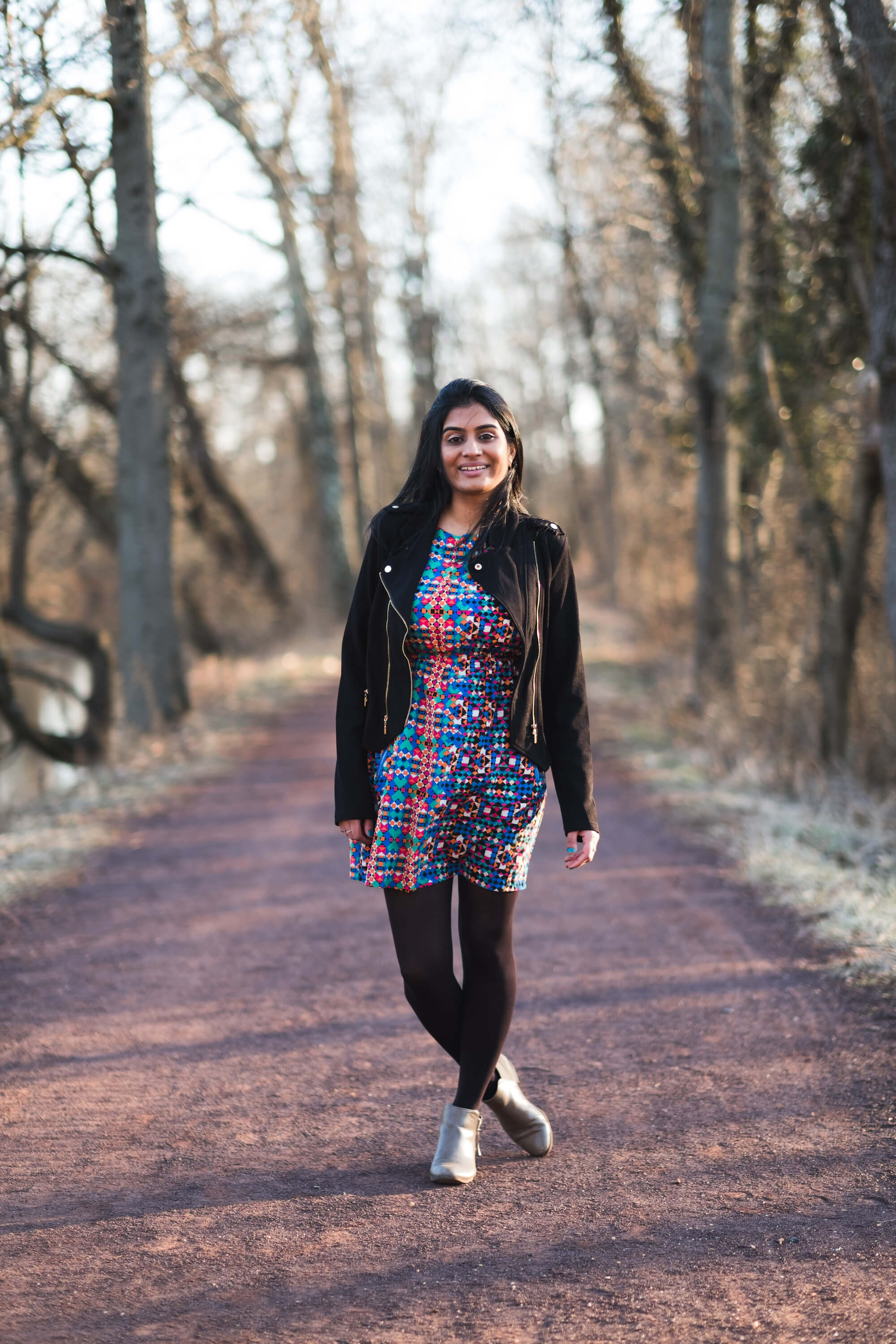 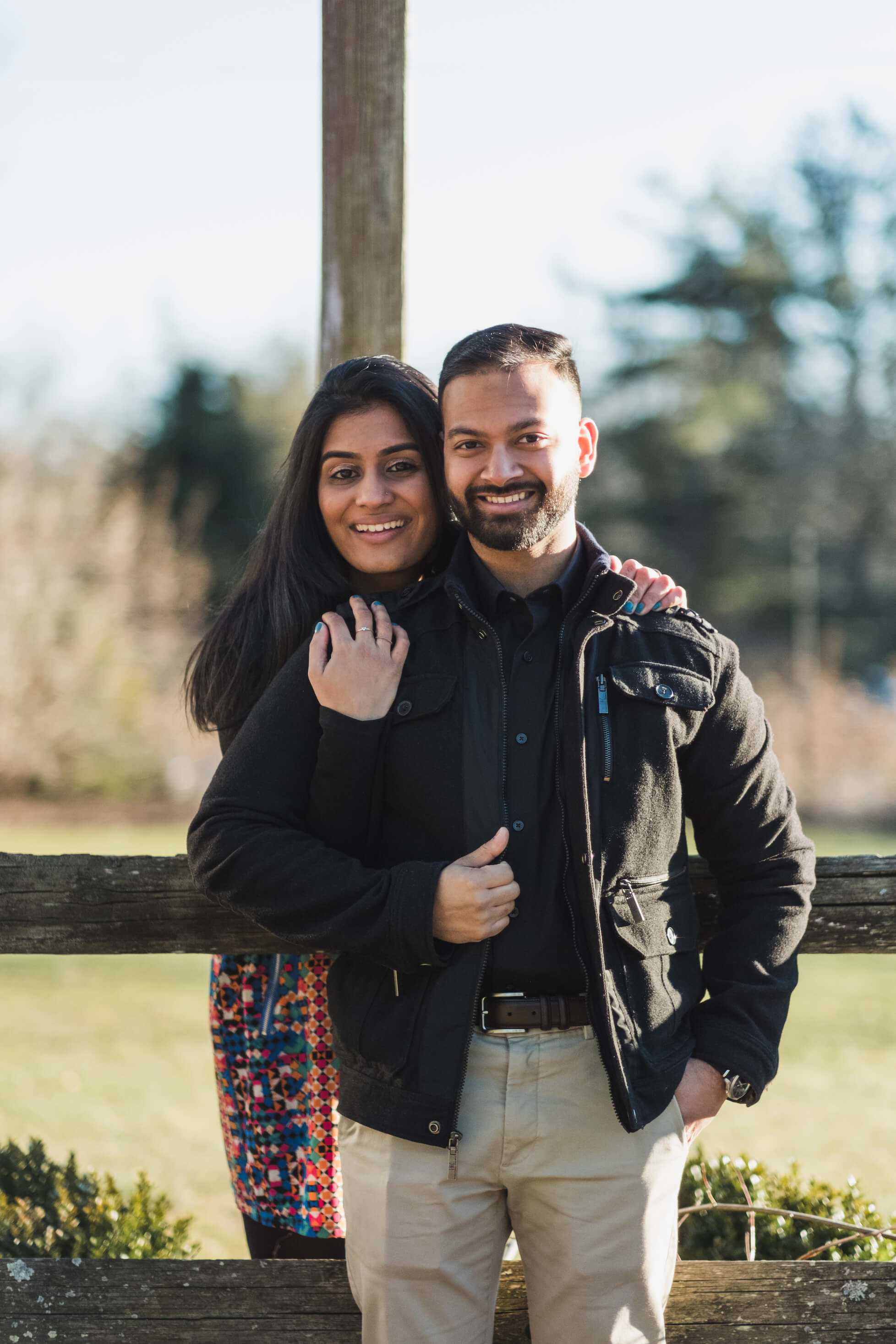 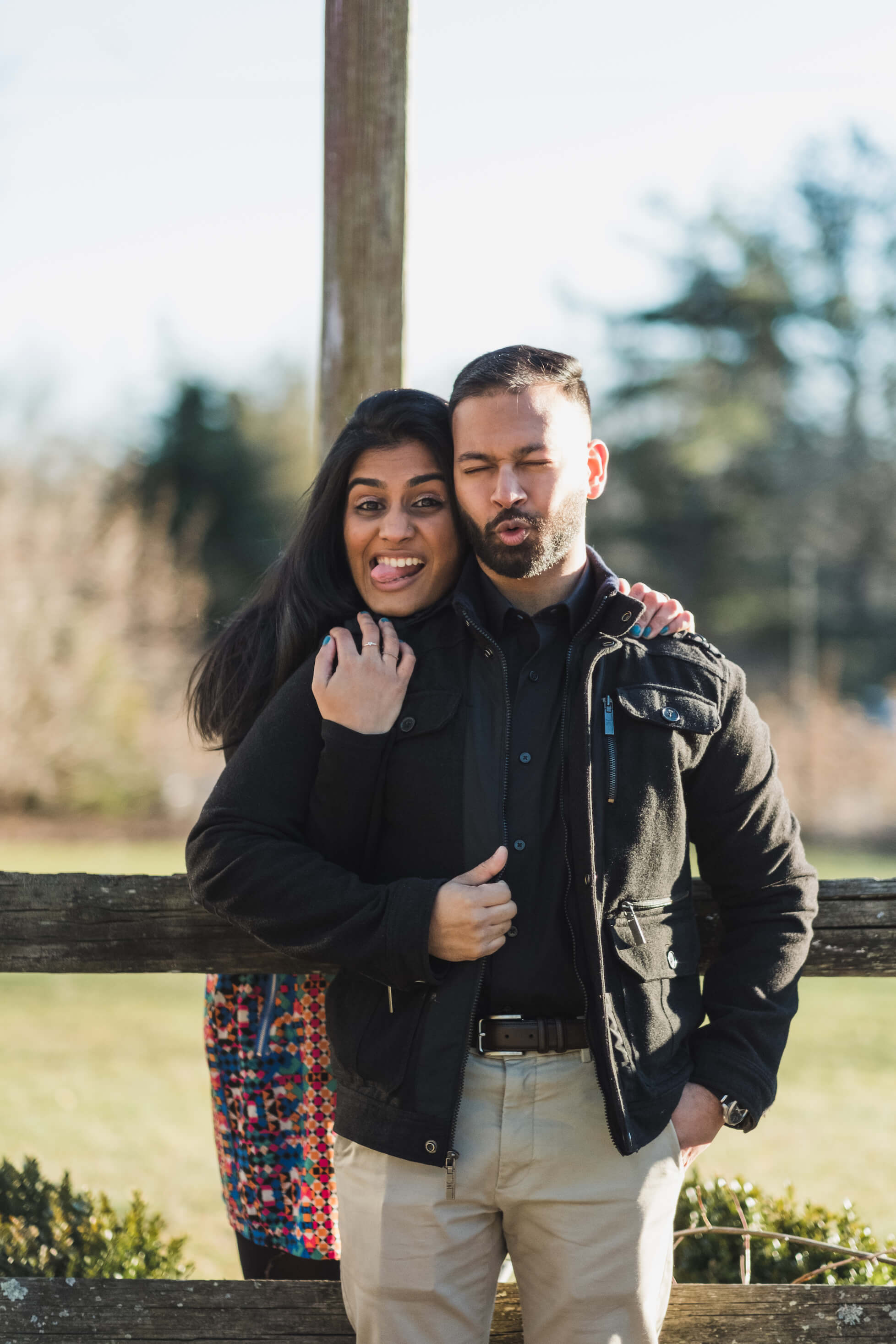 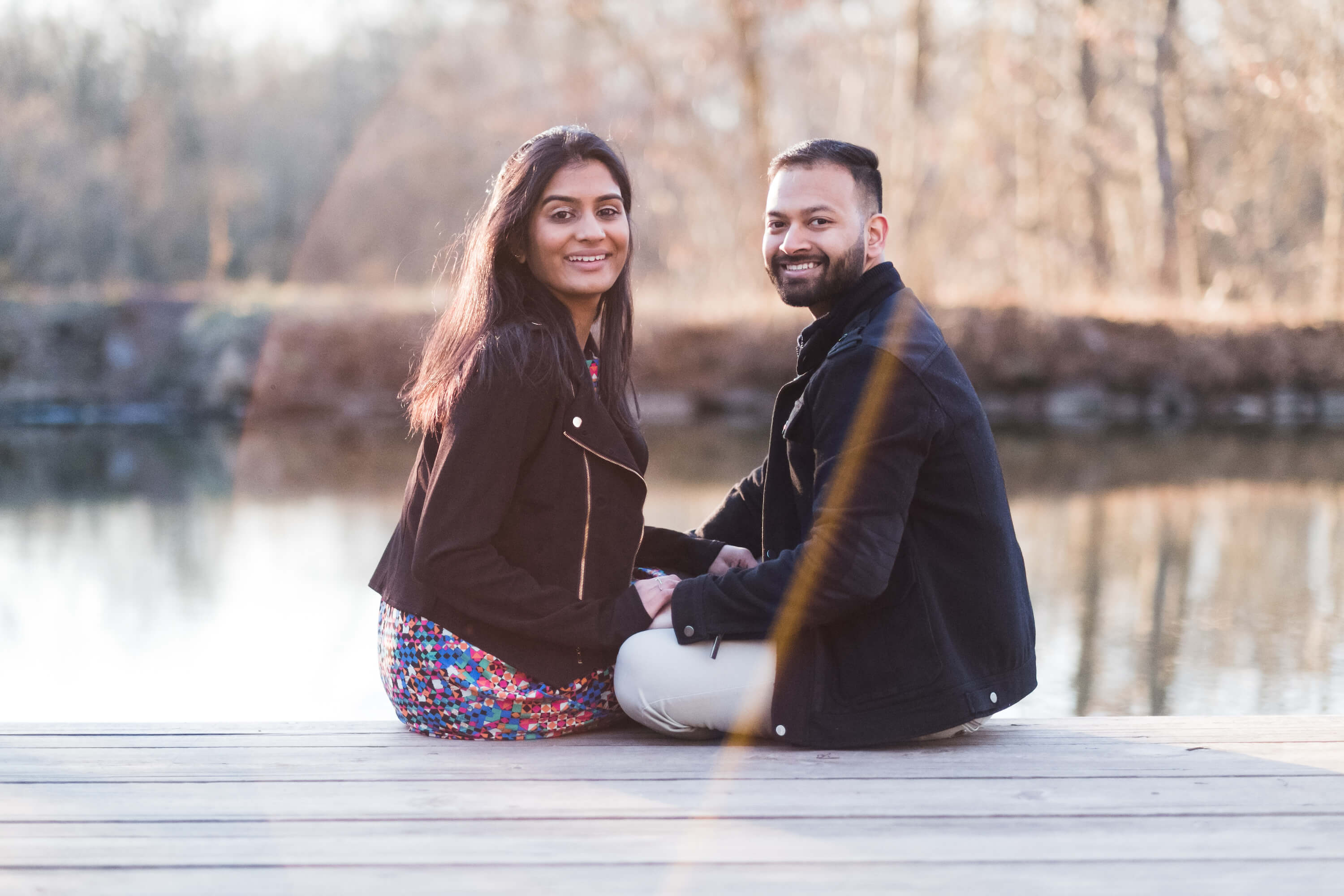 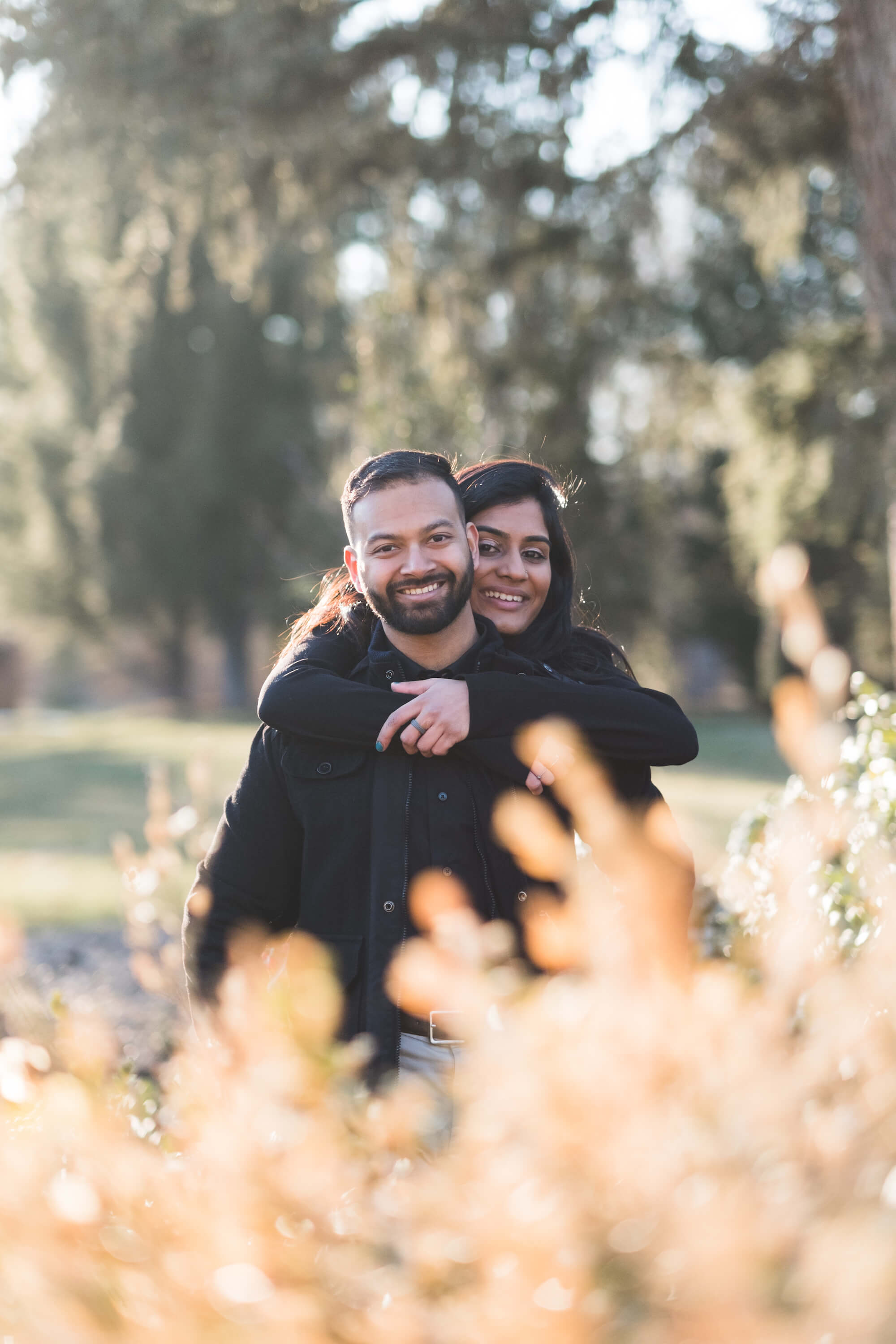 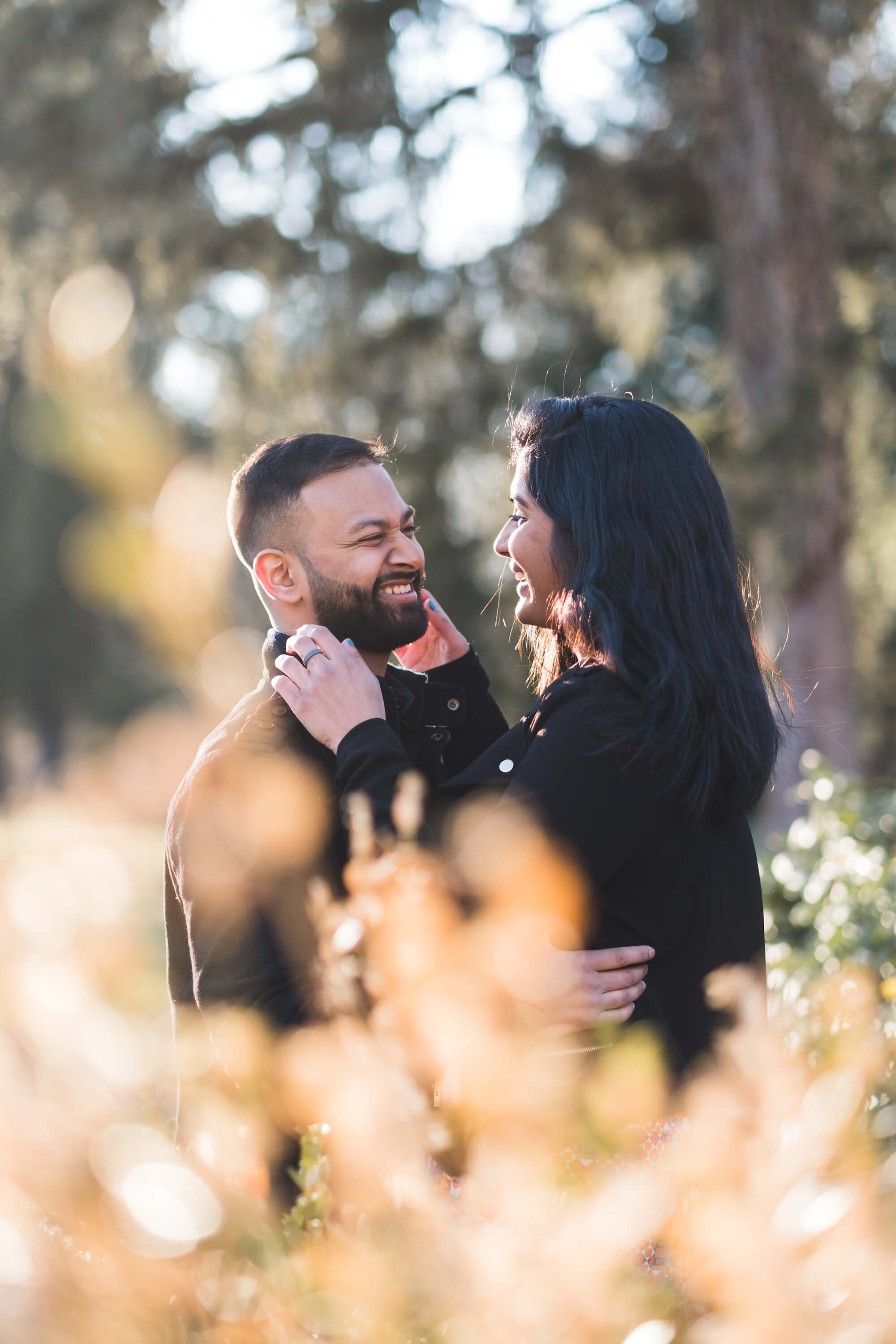 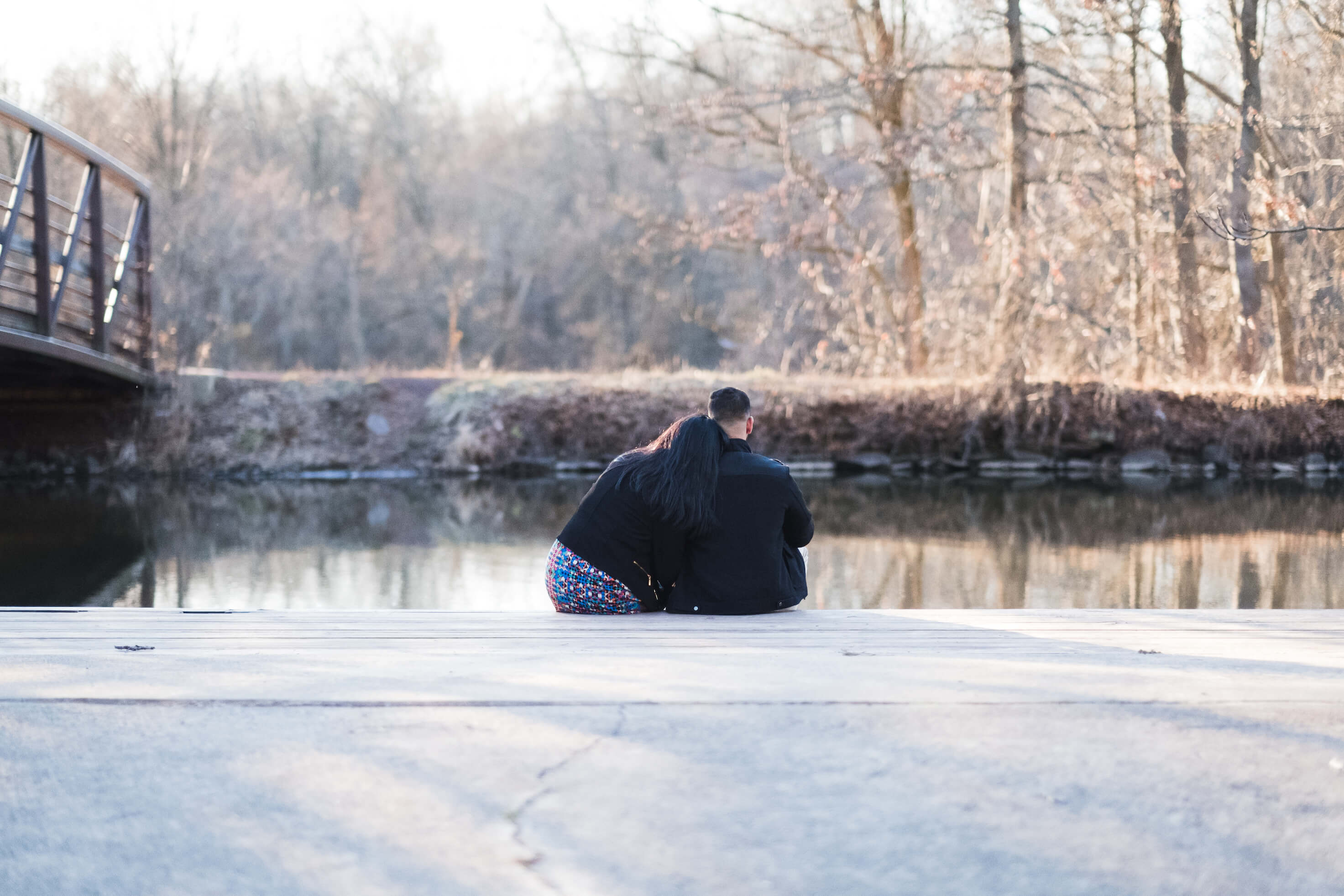 At this point, we were only halfway through the shoot so I decided that we could find a new location (also at Colonial Park) to get a different feel of photos. The sun was beginning to set quicker so we didn’t have much time. I wanted to go with more of an editorial style with these next photos and really show the elements of the park to compliment Janvi and Bipul. 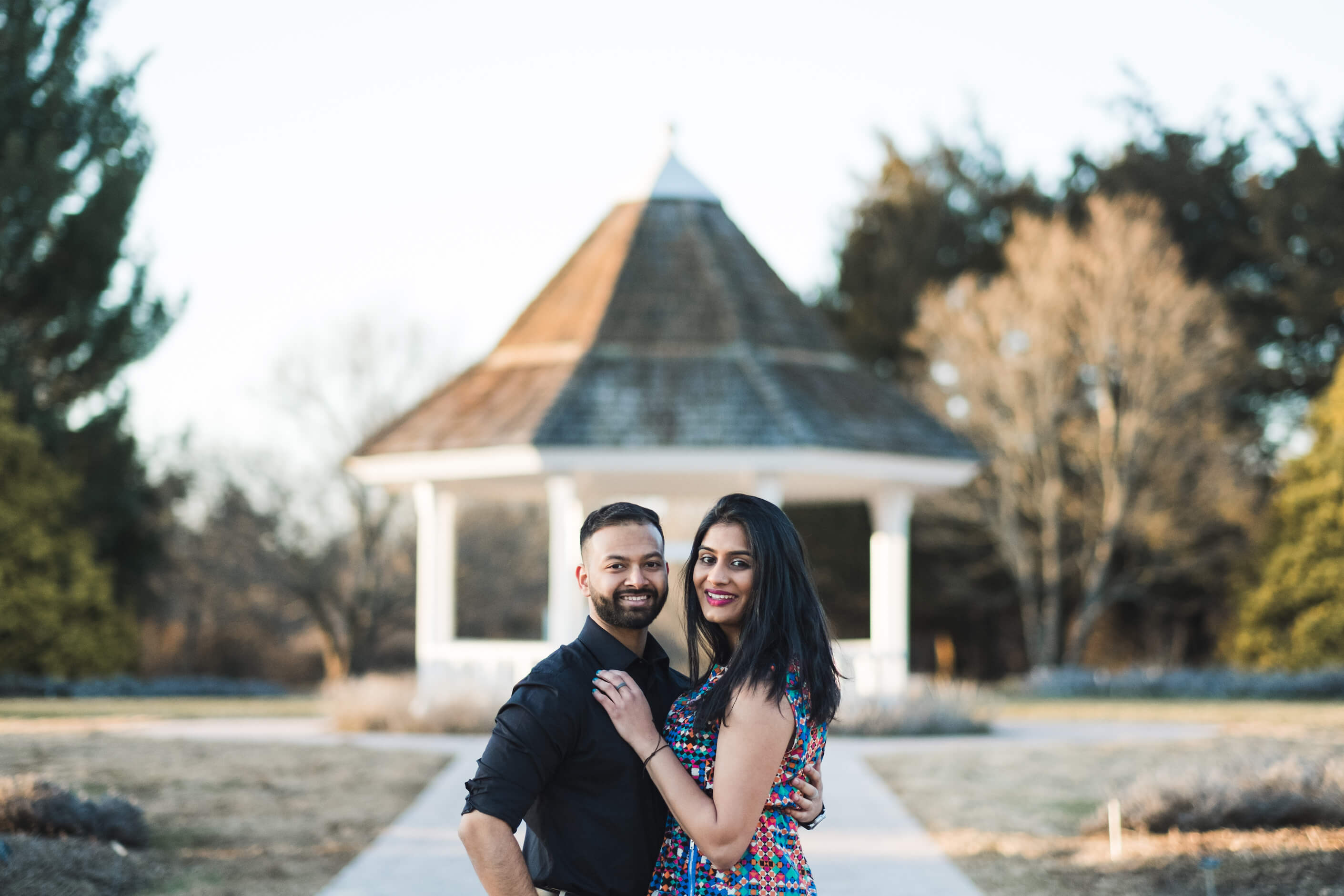 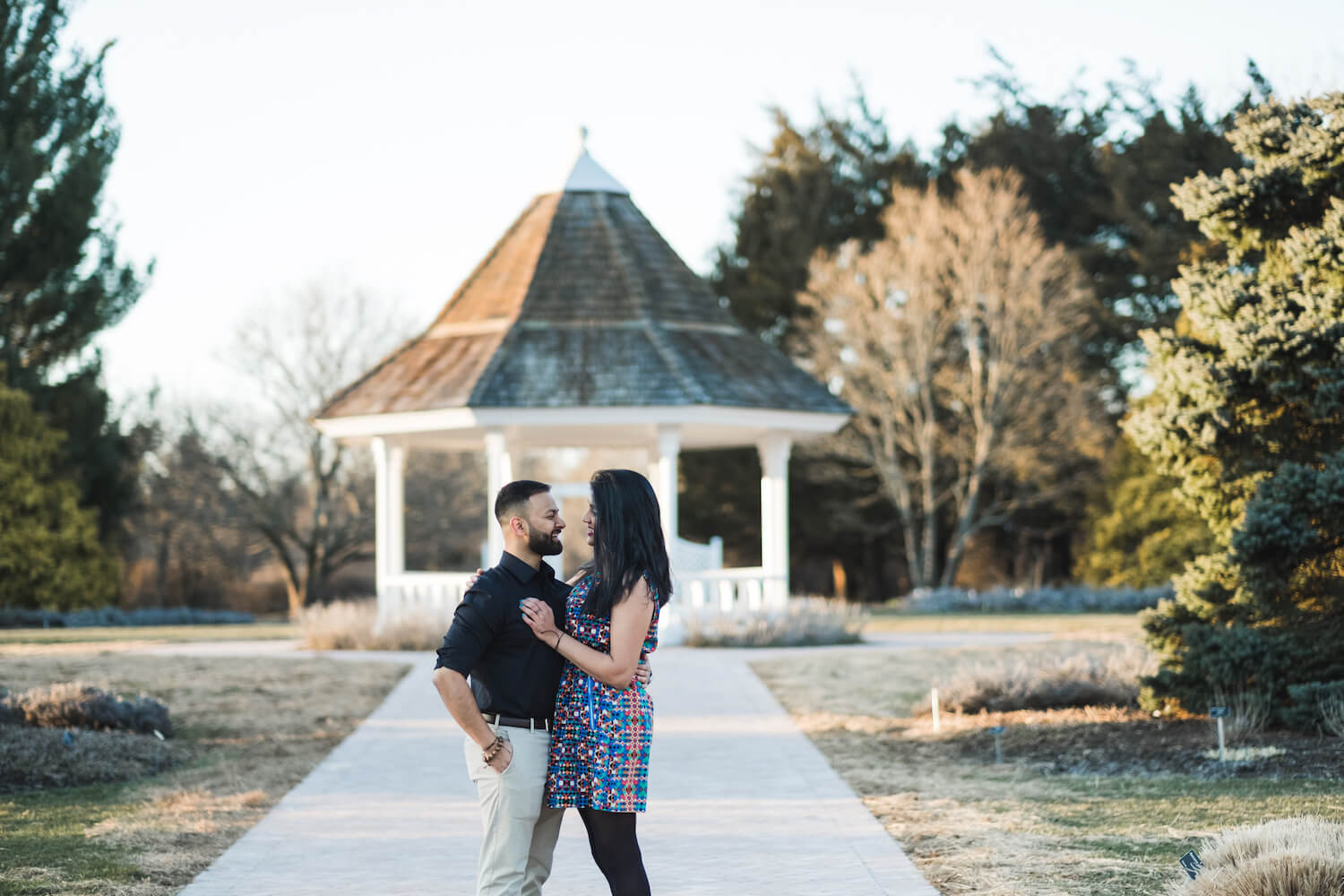 The sky was clear which made for awesome silhouette photos! I loved these shots because again, I didn’t have to give them much guidance on the pose I was envisioning. You’ll also see some photos of a tree that was beginning the bloom which is a great sign that spring is near!

All in all, this was a great experience and I hope to do another free photoshoot in the near future so keep a look out on social for that announcement! 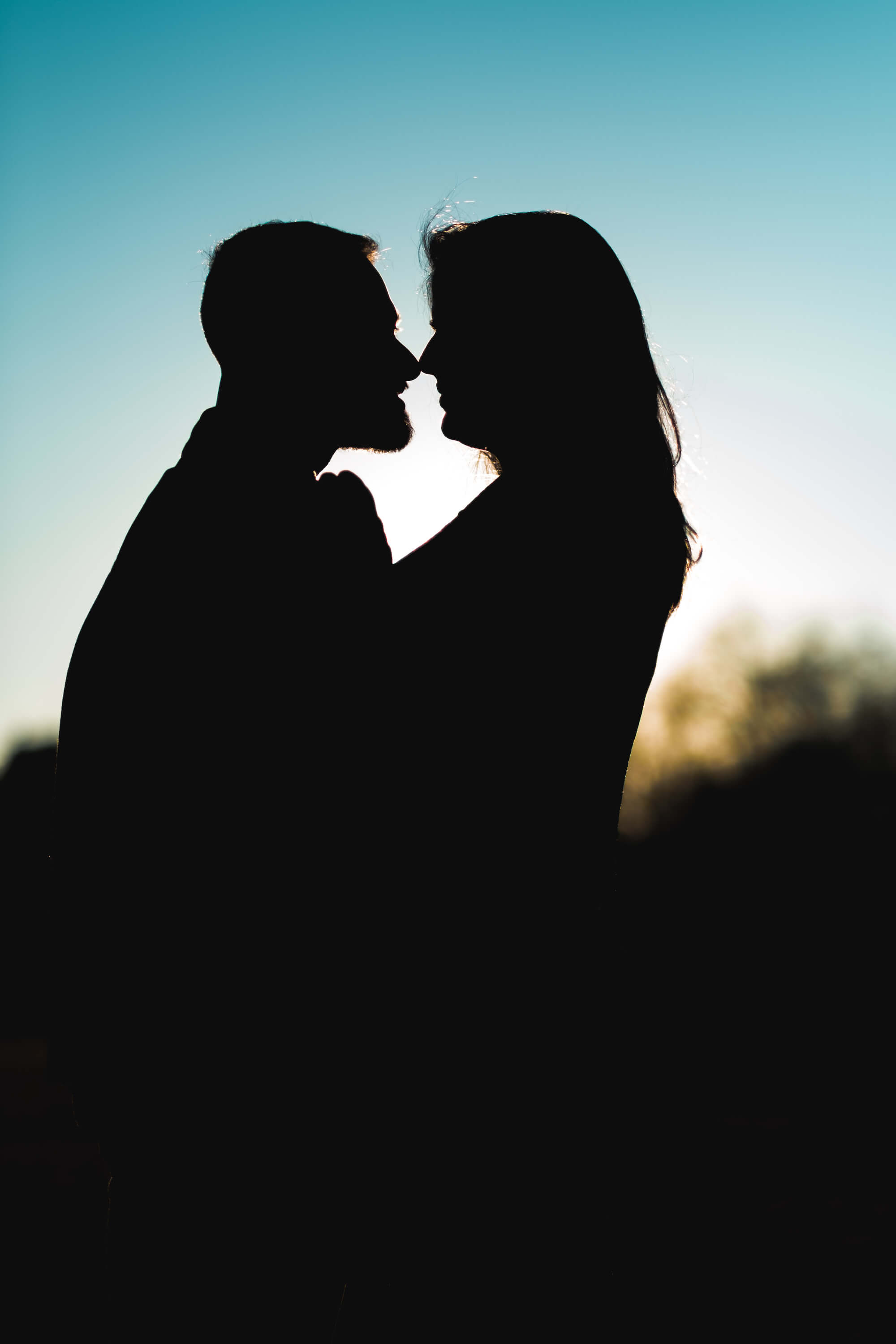 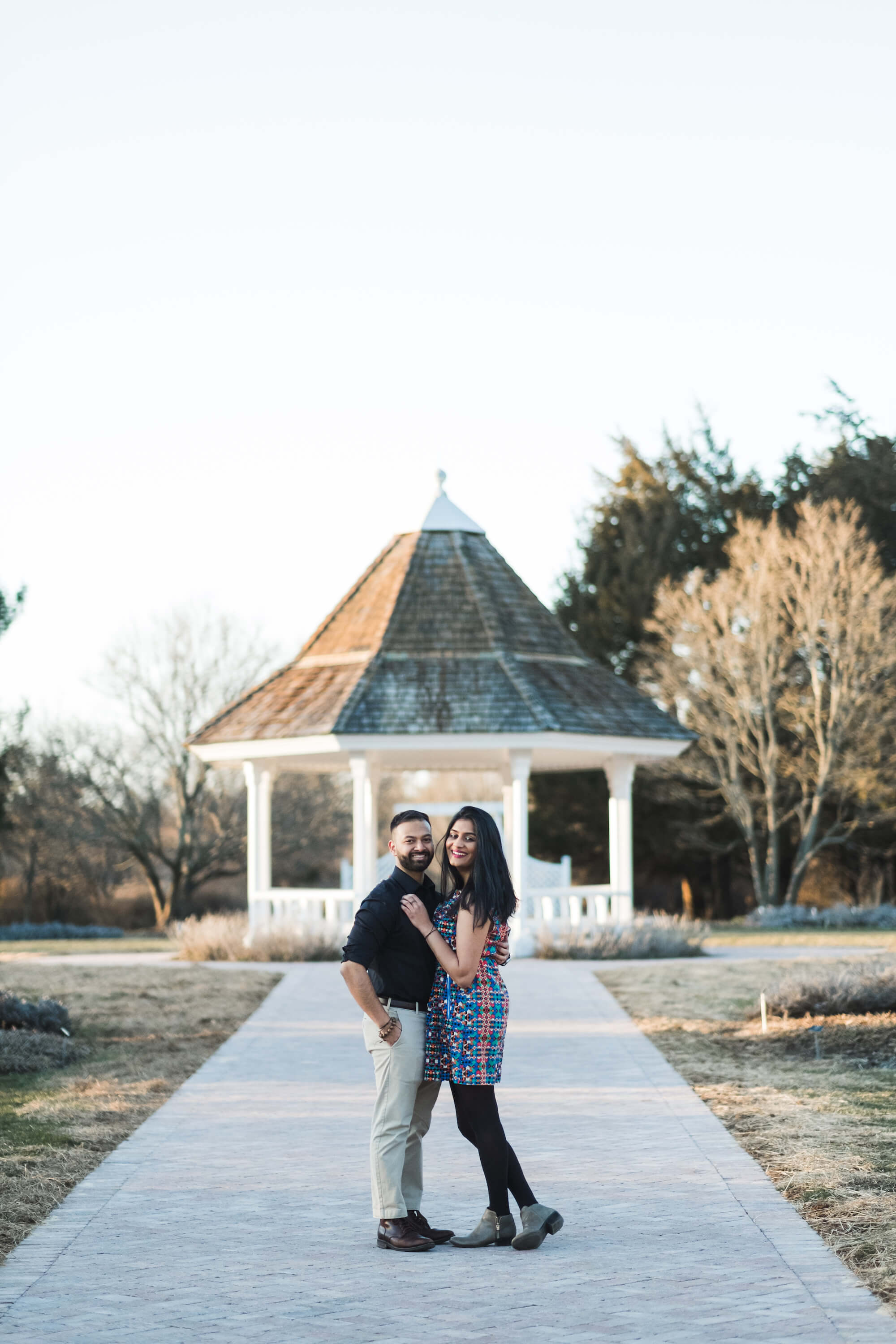 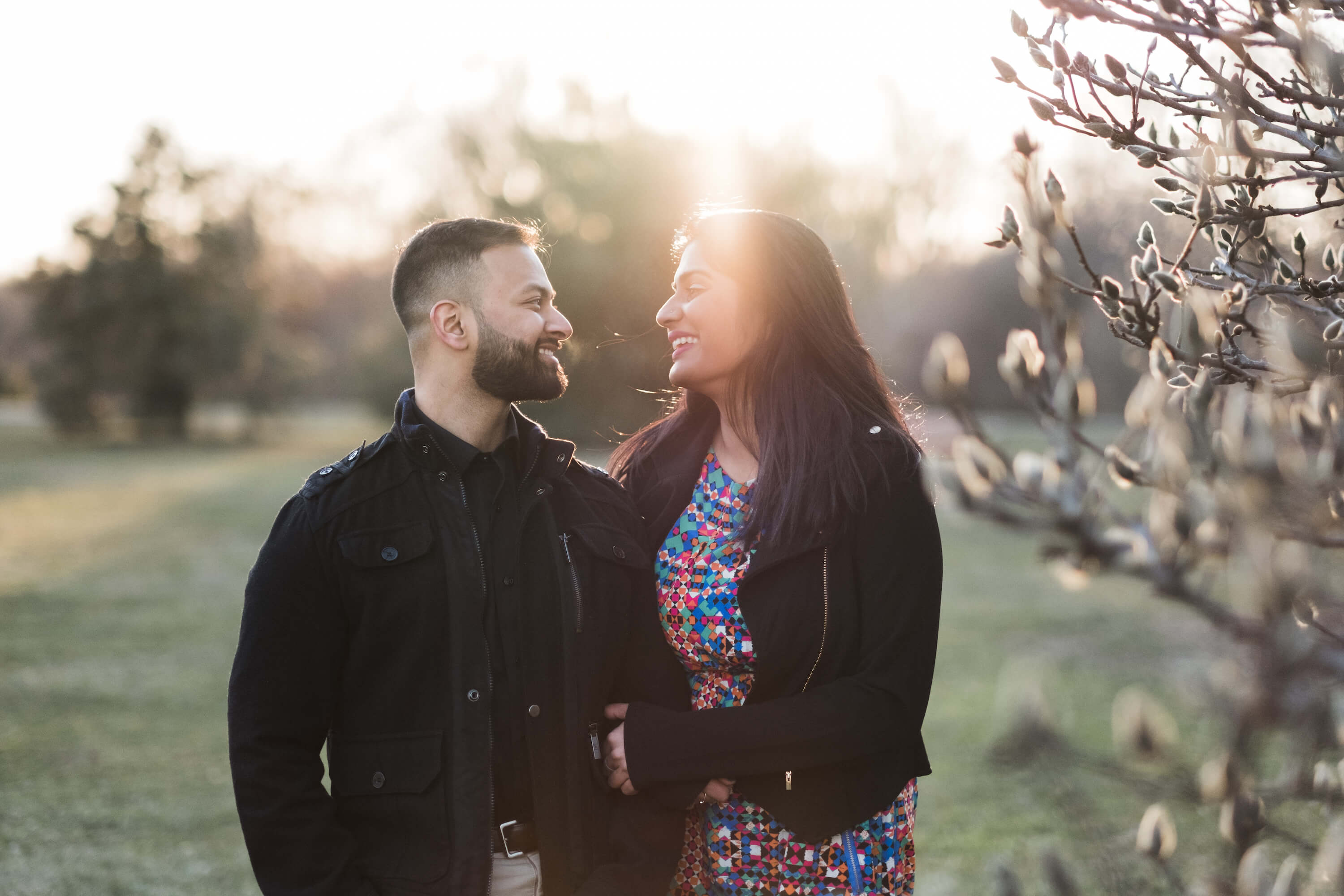 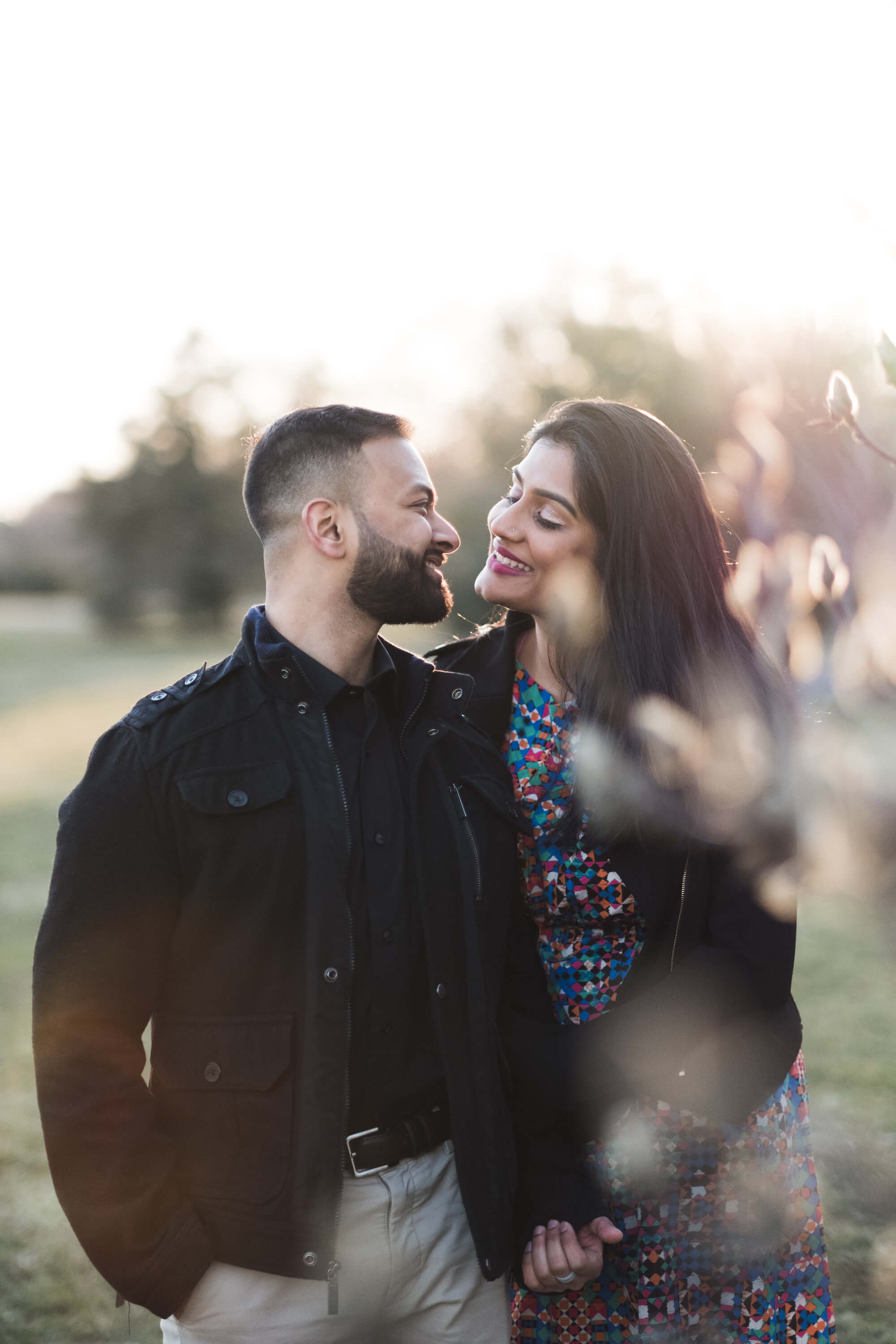 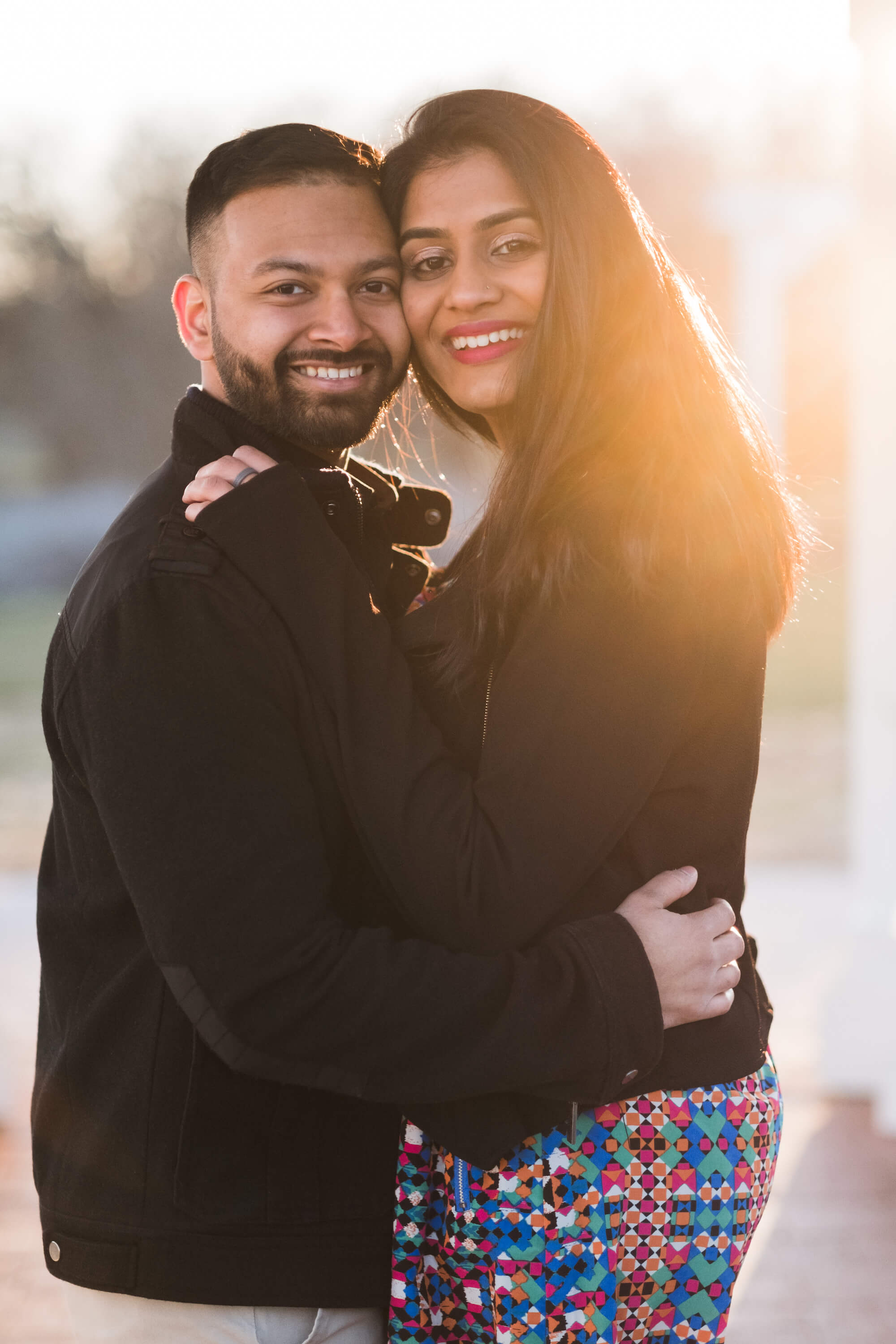 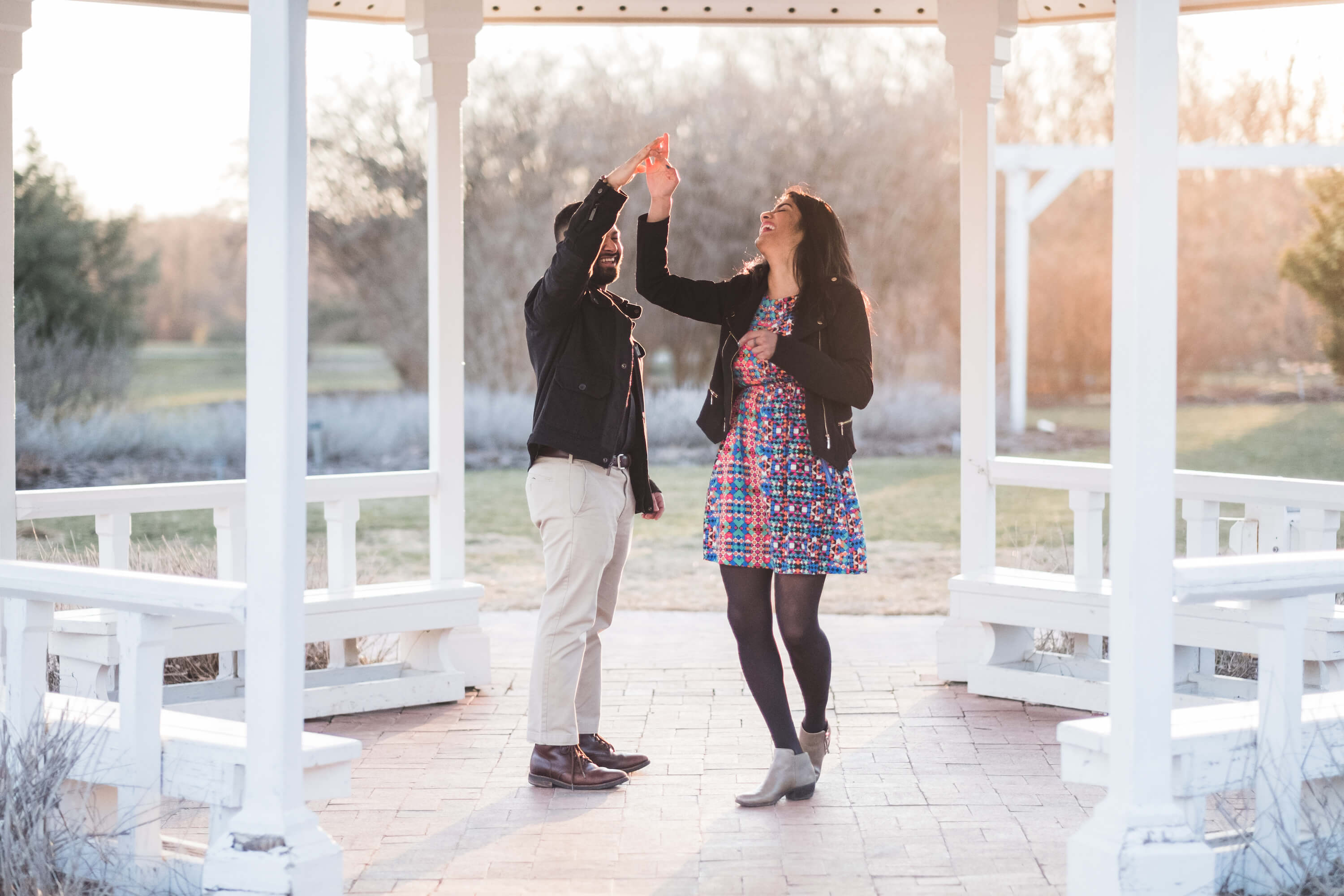